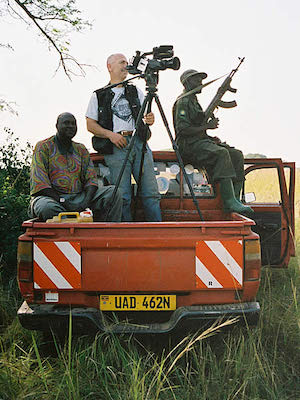 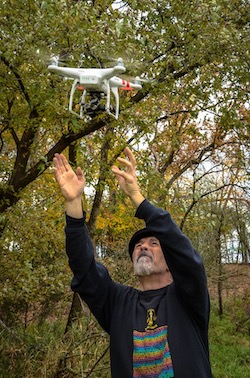 David McGowan is the owner of Ravenswood Media and an Academy Award nominated filmmaker. His interest in the environment and conservation are reflected in his work. A lifelong resident of the Great Lakes, Dave has paid particular attention to the issues facing water resources. His film Water in its Place produced for the Council of Great Lakes Governors, highlighted the Herculean task of securing an agreement among the eight Great Lakes states and two Canadian provinces to protect Great Lakes waters in perpetuity. He has worked with the Great Lakes Protection Fund for 20 years crafting media messages on a wide range of topics; from invasive species to the water energy nexus. 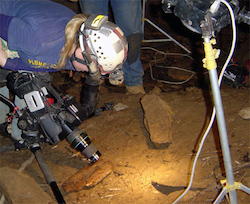 Humans have an innate biophilia. They like green spaces. It improves both physical and mental health. Dave, being a human, shares this attribute and wants to ensure that wildlife and their habitats are available for the next generation. It’s going to be a bumpy century for the environment but he’s optimistic that human ingenuity coupled with biophilia can bring peace between people and all life on Earth.

“Anybody can make a rockin’ doc about mountain gorillas but it takes a real filmmaker to do it for a clam.”

Dave has filmed all kinds of wildlife; from blind fish to mountain gorillas but two creatures stand out, bats and frogs. Both animals are hammered by human introduced fungi, Pseudogymnoascus destructans and Chytrid. Dave feels privileged to work with the people and organizations who have dedicated their lives to find ways to mitigate these diseases. The National Wildlife Health Center (NWHC) is an unsung hero among government agencies that oversee the nation’s wildlife health. NWHC introduced Dave to the One Health concept. Healthy wildlife and ecosystems are directly related to healthy people.

There are a lot of harrowing environmental challenges; climate change, habitat loss, disease transmissions, et al. but none are beyond our capacity to remedy. Dave feels each of us has a role to play and his is making movies that inspire action from the public to make the world a better place.